It sure has been paint'n weather. We put a good number of hours into the mural this week.
Most notable, the harbor seals. JC blocked them in with a mix of Neutral Grey, Titanium White, Carbon Black, Cerulean and Cobalt Blues, Raw Titanium and a little Raw Sienna and Yellow Ocher. To get it to flow into the VERY rough surface we added small amounts of Matte Medium. After some repositioning and a little "fat trimming" on one, JC sped right through it while I focused on some detail work in the Salt Marsh. Again, too many visitors to mention them all here, but Foster came by for a photo op applying a few brush strokes. 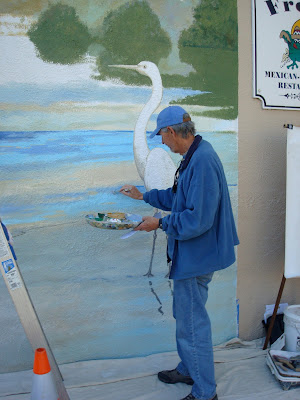 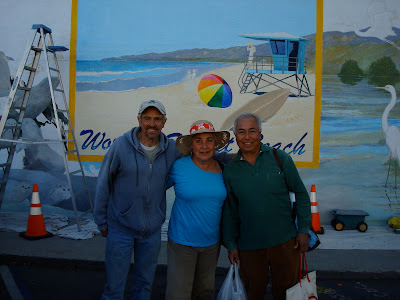 And CHS classmate Freddy Olivas (catch him playing at the Palms) shown here with his wife and JC. 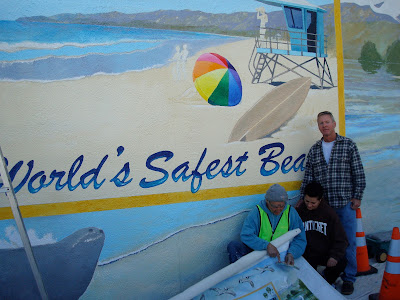 Then a little later Tony Brown and his daughter stopped by for a good conversation.
The sun was setting so JC took the ATV back up the Mountain (animals to feed) and I was off to a meeting with Foster and Donna to talk about the mural dedication, some chile rellenos then spent the night on Walnut Ave.. The next morning my Mom and I went to Esau's for the Early Bird Special. I noticed the dolphin image at the top of their menu had the slender look. I needed to correct my plump mural dolphins so the cook gave me a piece of wax paper and the waitress loaned me a pen and I traced it for reference later (pens do not work well on wax paper). After our yummy breakfast and 1/2 price coffee we headed to the Salt Marsh for some yummy photographs. 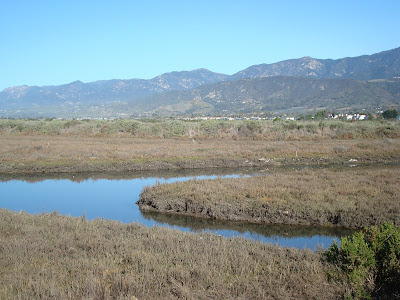 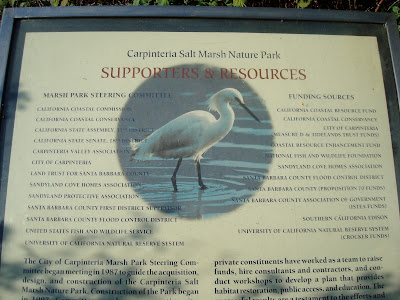 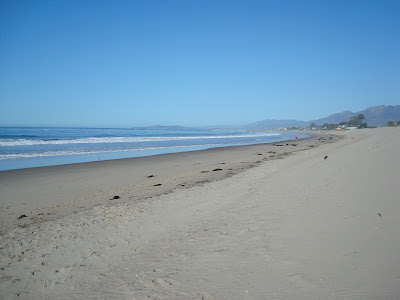 We then checked out the main beach or "City Beach" as they call it now. Such a beautiful morning to have it almost all to ourselves. I needed to see some seaweed and get a feel for the sand. Turned out to be a good way to celebrate what would have been my Dad's birthday. 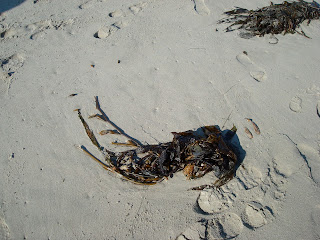 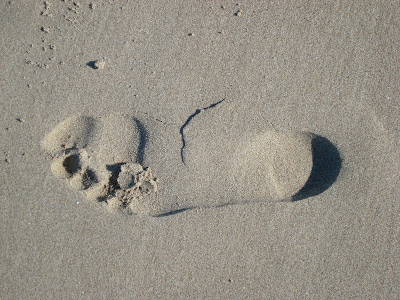 Then began the day of painting and blabbing on Wullbrandt Way. Early in the design process, Brian Mootz requested I put a "Beach Babe" in the mural. This one's for you Brian:

Seems like there are plenty of beach babes to go around in this town however: 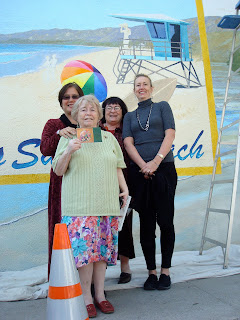 Back to painting faces on the seals and then another CHS classmate Carol Koehler with her Dad, Lester Koehler (now 93 and still living on Palm Ave. a block from where I grew up). 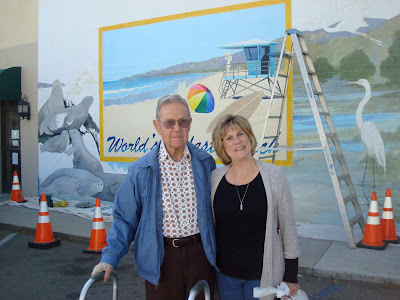 Some more detail work on the seals and another Brown (Steve) drops by. Really appreciate his opinion since he is also an artist and a descendent of the family who once owned the entire Carpinteria beach. 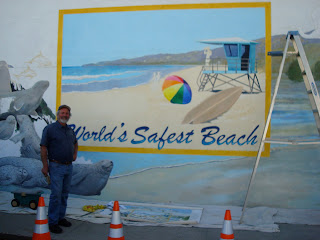 No sooner was I back into the seals when Donna shows up with a white chocolate mocha latte and a camera to take this shot of me painting, just in case you were thinking all I do is chat and take photographs: 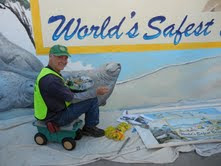 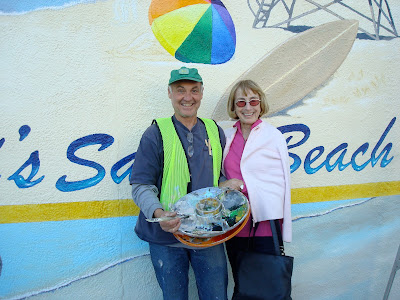 All and all it was a great day on Wullbrandt Way. Foster is now speeding out of town in an Airstream for Spring training while I'm loading up to head back up the mountain. As I piled the paint and ladders onto the truck a young lady named Evelyn arrived for a close look at our happy harbor seals. Her approval meant the world to me and reassured me that I got the smiles just right. 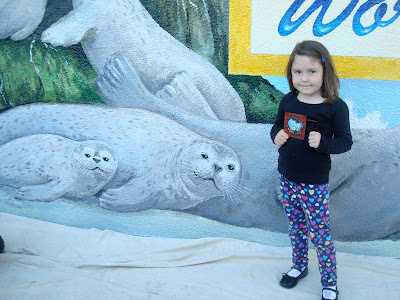 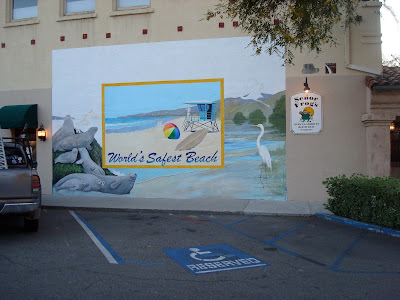 Posted by Wullbrandt at 8:19 PM