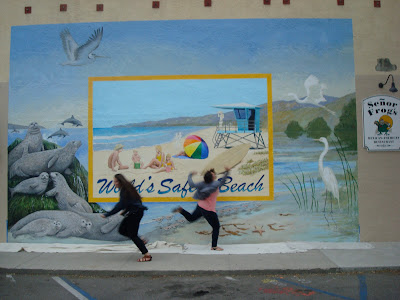 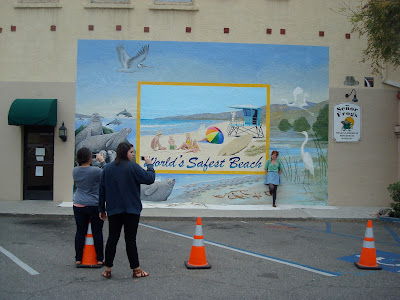 Last night as we loaded the paints and ladders, moved the truck, set cones out to keep the space open in order to take my "progress" shot (see "February" post, scroll to "Start here"), some young ladies out having fun with their cameras began frolicking on "The Way" in front of the mural. As I have mentioned before, it is no coincidence that the image beckons interaction and photo ops., but I had no idea how popular it would be. The design was also intended to be as "friendly" as possible. I get questions about who and how we created the design. Thankfully I was not told what to do by the Mural Committee, although I credit them with selecting the name and overall theme (and a ton of other stuff I will cover in a future post). And I have to thank JC for talking me into doing it.
The mural design that was presented for approval last summer had only a slight revision by the Committee in the drawing stage. Originally I had a Cormorant warming it's out stretched wings atop the rookery and a 5th Pelican overhead. It was suggested that I replace these creatures with dolphins and I am happy with the results. 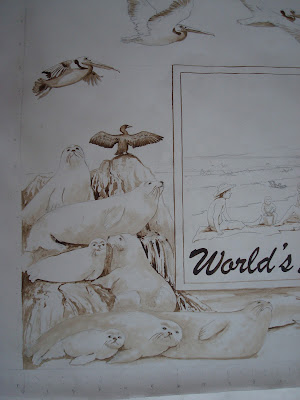 I was reminded of this design change early Thursday when a Vulture landed outside the window and posed in the morning sun here at El Rancho Botello. 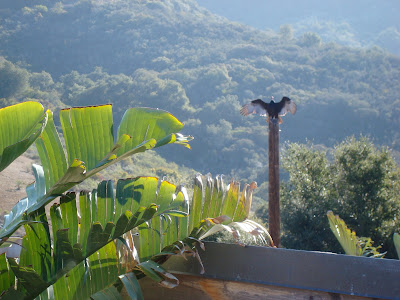 Then the phone rang. Steve Todd, our "Ojai Hay Guy" would be at the bottom of Chismahoo and we needed to meet him there with our hay trailer at 11 AM. So much for getting an early start painting, but will be glad to have food for the animals before the much anticipated rain this weekend. We left the trailer near Hwy 150 and headed to "The Way" with plans to put some detail work in on the Harbor Seals, Shorebirds and seaweed. 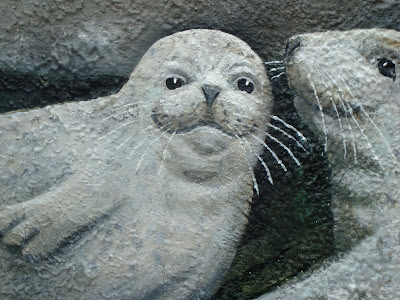 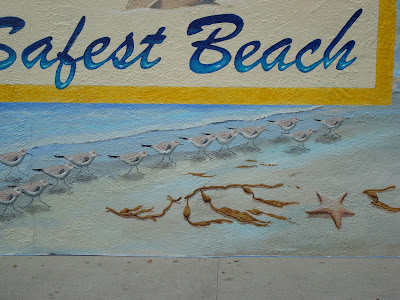 JC painted in the whiskers on the seals and the legs and beaks on the birds with a small detail brush and some White, Black and Grey followed by sprigs of ice plant in various shades of green and yellow. I started tracing the Panizzon Family from a projected drawing on paper using graphite paper. 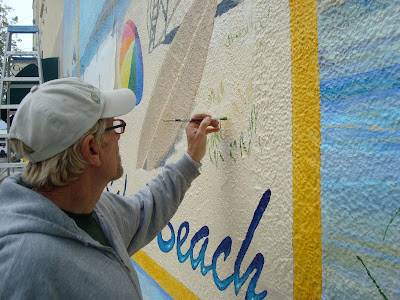 A parade of old and new friends have joined the fun and here are a few fan photos:

And so another week slips by as rain clouds blow in. Yes, we bucked the hay into the barn before it finally poured. What a way to have fun! Glad to have you along for the ride! 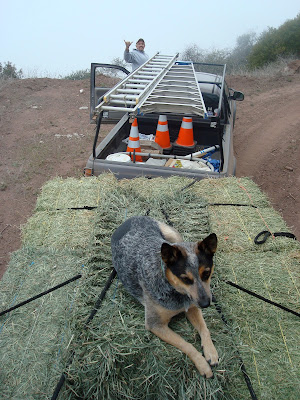